On February 25th, two of Luce’s Technology Partners, MongoDB and Google Cloud announced an extension of their 5-year partnership to provide deeper integration of Google Cloud products with MongoDB’s global cloud database. A fully managed service integrated directly with Google Cloud Console and Marketplace, MongoDB Atlas provides joint customers with integrated billing and support. Customers get a single bill for all Google Cloud services as well as MongoDB Atlas, and can use their Google Cloud spend commitments with Atlas. The service is now available as a “pay-as-you-go” offering in the Google Cloud Marketplace.

What is MongoDB Atlas?

If you want to know how you can accelerate your organization’s digital transformation, contact us. Luce helps you build your competitive advantage by modernizing and migrating to the cloud with MongoDB Atlas and Google Cloud.

About Google Cloud.
Google Cloud provides organizations with industry-leading infrastructure, platform capabilities and solutions. We deliver enterprise-grade cloud solutions that leverage cutting-edge Google technology to help businesses operate more efficiently and adapt to changing needs, giving customers a foundation for the future. Customers in more than 150 countries turn to Google Cloud as their trusted partner to solve their most critical business problems.

About MongoDB.
MongoDB is the leading modern, general-purpose database platform designed to unleash the power of software and data for developers and the applications they create. Headquartered in New York, MongoDB has more than 22,600 customers in over 100 countries. The MongoDB database platform has been downloaded more than 130 million times and there have been more than one million MongoDB University registrations.

>> Read more: MongoDB as a service on Google Cloud

Luce is the company selected by our clients to accompany them in their digital transformation in the areas of technology, data and automation, without losing the essence of an innovative, specialised and committed team.

Since 2008, Luce has been building the competitive advantage of each client in the areas of software development, Big Data, Digital Marketing, Analytics, Cloud and Intelligent Automation.

We make each client’s objectives our own, we commit to them and they form an active part of our team specialising in the best solutions that automate and accelerate the digital transformation of value. 50% of IBEX35 companies already trust us because we provide technology, value, ideas, commitment and honesty.

LUCE is the committed team that is generated between us and our customers.

A team with the strength to conquer the future!

>> Would you work with Luce again? 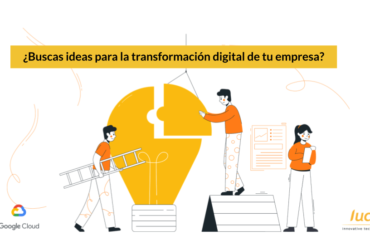 Turn your organisation around with Google Cloud and Luce 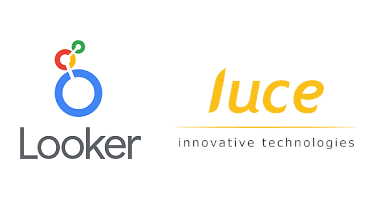