Twizy Contest 2020 is an innovation challenge for students worldwide, where sustainable mobility solutions must be proposed.  This year is the 4th call for this competition from the Renault Group, which focuses on improving mobility for the Paris 2024 Olympic Games with ecological, frugal and sustainable solutions in a sustainable way.

The winner at national level was the project of the team of the School of Telecommunication Engineers of the University of Valladolid, with which Luce collaborates, with its platform of electric car rental with autonomous parking, TwizyLine.

The team is made up of three Telecommunication Engineering students, Adrián Mazaira Hernández, Ignacio Royuela González and Samuel Pilar Arnanz and by a journalism student, Mario Martín Fernández.  They are supported by three tutors, the professor of the School of Telecommunications Juan Carlos Aguado and Renault’s workers Daniel Castaño Navarro and Jairo Gurdiel González.

TwizyLine is a green mobility solution developed by 4 students from the University of Valladolid for the upcoming Olympic Games using the Renault Twizy car. TwizyLine will revolutionise the way we move around our city centres. There is increasing pollution, and not only in big cities like London or Madrid, but also in small towns. Municipalities are increasingly applying restrictions to the movement of combustion vehicles in an attempt to alleviate the polluting effects caused by gas emissions, strongly restricting mobility in the city centre. And the best way to move around freely and without worrying about parking is TwizyLine.
TwizyLine offers not only a clean and efficient means of transport for athletes, journalists and game staff, but a revolution for carsharing services.  It draws the future of tomorrow’s smart cities, a future without CO2 emissions, with highly densified, autonomous, pedestrian-free parking facilities that eliminate parking problems.

TwizyLine wants to revolutionize urban mobility, towards a more sustainable model to face problems such as pollution, using Artificial Intelligence and Machine Learning systems. It also includes the solution of autonomous parking, in which cars park themselves and can be extrapolated to other types of electric vehicles.

TwizyLine is a carsharing platform with autonomous parking. The vehicle is parked inside the car park completely alone. The team has also developed the system’s mobile application, which is available for IOS and Android. The user only has to perform a classic login by entering his email and password. Once he has entered the application, he can search for the nearest TwizyLine car park, as well as see the number of vehicles available and their level of charge.

The Twizy moves inside the car park with magnetic strips that are read by a specific sensor. It can also stop automatically at any time if there is a fault or if it encounters an obstacle in its path. In addition, the car park is designed so that nobody is inside the TwizyLine autonomous parking area, so it will always be a totally safe environment.

How does it come about?

Juan Carlos Aguado and the three engineering students decided to form a team when they heard about the competition, which was later joined by the journalism student and the two company tutors. After winning the national edition, they will now represent Spain in the international final to be held telematically on December 9, with the main headquarters in Paris.

They will compete with teams from all over the world: Russia, Colombia, Brazil, Turkey, France, Poland and South Korea.
The aim of the Renault Twizy Contest 2020 is to look for ecological mobility alternatives, with the Olympic Games to be held in Paris in 2024 as the basis for implementation.

Students are not only challenged to design and develop the idea, they must also demonstrate that it is marketable and possible to realize in the medium term. So these young people from Valladolid could see their project become a reality in four years time if their idea proves to be a winner. In addition, the selected project will be able to present its plan at the International CES (Consumer Electronics Show) in Las Vegas in 2021, where large technology companies will present their new products or research.

What is the current status of Twizyline?

The project started in October 2019, although due to the pandemic those parts of the project that could be carried out by means of teleworking, such as the implementation of the server, the programming of the mobile application or the simulation of the movement of the autonomous car, have been developed earlier. Right now, all the mechanical modifications that the vehicle needs are being carried out, integrating all the systems that were developed during the pandemic, rushing these last few days to leave everything ready for the telematics final on 9 December.

Luce IT participates in the reference event for CIOs in Spain: CIO Summit Spain 2022 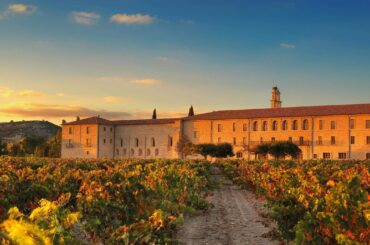 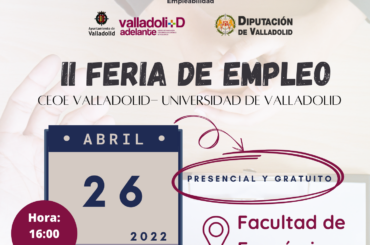